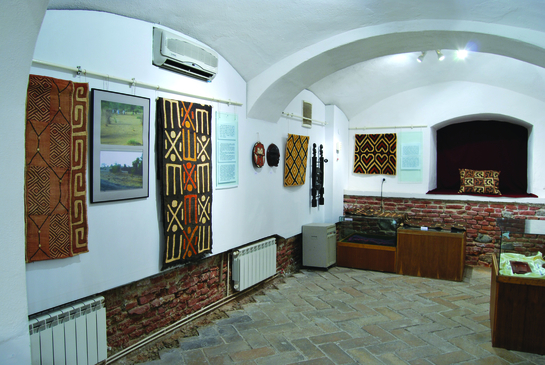 "Franz Binder" Universal Ethnography Museum was opened to the public in 1993, being the first and only museum of extra-European ethnography of Romania. The museum is located in the Small Square at no. 11 in Sibiu and it represents a component part of ASTRA National Museum Compound.

The headquarters of the museum is a historical monument, built in neo-gothic style during 1865-1867, initially serving as centre for the guilds, entitled the House of the Small Craftsmen Association. After World War Two the edifice will be known as the Hermes House and will serve various purposes (business or administrative location) until 1989, when it was rehabilitated and it became the exhibitions headquarters of „Franz Binder” Museum.

The museum accommodates the permanent exhibition "From the culture and art of the world's peoples", as well as temporary exhibitions entitled "From the handcrafted creation of the world’s peoples ". at the moment, the museum has 3.000 exhibits from Northern Africa and springs of the Nile, China, Japan, Oceania, Small Asia, Brazil, Lapland or Australia, which are divided in “old” collections (purchased until the second half of the 19th century) and “new” collections (purchased after 1990).