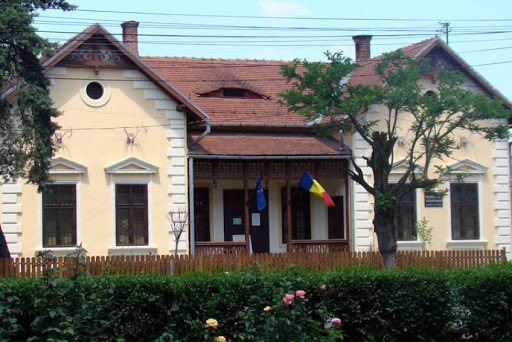 The "August von Spiess" Hunting Museum was open for visitation in 1966, accommodated in the Von Spiess residence, on Şcoala de Înot Street at no. 4.

Colonel August von Spiess, master of the royal hunting during 1921 and 1939, was a famous hunter, mentioned in the international hunting chronicles and participant at two hunting expeditions in the equatorial Africa – in 1936 in Kenya, and in 1938 in Tanganika – from where he brought extremely valuable pieces, which are now part of the Hunting Museum’s collection.

Currently, the museum collections include 1.577 pieces, national and exotic trophies, various hunting weapons and accessories, some of which over 100 years old, purchased since the end of the 19th century from collectors or from donations. The majority of the exhibits come from three important collections: "August von Spiess", "Emil Witting" and "Collection of the Natural Sciences Transylvanian Society of Sibiu".

The first hall of the museum exhibits a panorama of hunting tools and weapons history, the second hall is dedicated to medium and small hunting trophies, the next hall is reserved for large game and the last hall displays African trophies.

The August von Spiess memorial hall displays his personality by exhibits which belonged to him. We find: his portrait, photos, guns, trophies, written literature, alongside his hunting companions and his family.

There is also a sector dedicated to Emil Witting, the forestry engineer who donated a great part of the current collection of the museum.

The exhibition is worth seeing not only to see the evolution of the hunting tools and guns over the years and the variety of game in our country, but especially to admire the remarkable quality of its trophies, trophies that obtained numerous medals at various exhibitions in the country and abroad.

The museum was rehabilitated, being open to the public in 2007 as the "August von Spiess" Hunting Museum.