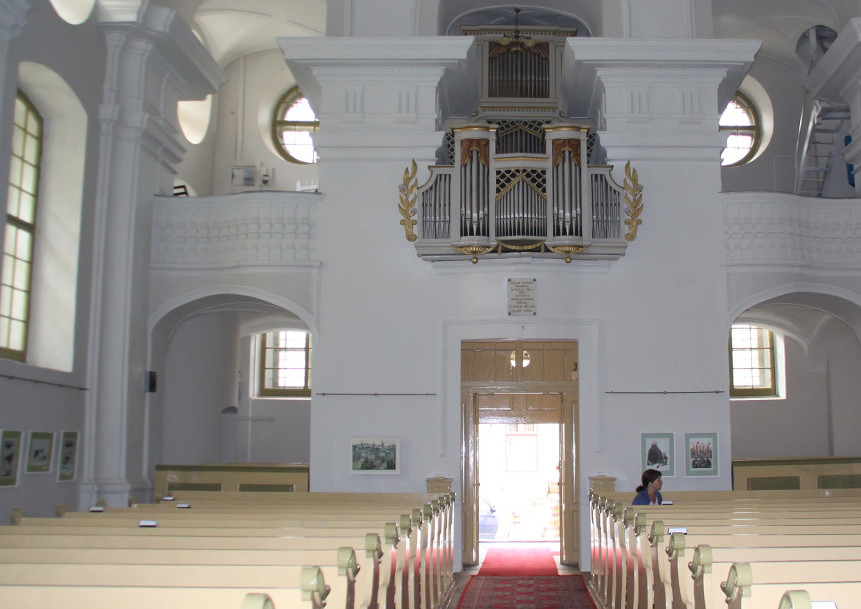 The Calvinist Reformed Church is located nearby the "Sfânta Treime" Orthodox Cathedral (“Holy Trinity”), on Mitropoliei Street. It is a reformed place of worship (Calvinist), built during 1784-1786, under the leadership of master Samuel Krempels and woodworker Johannes Schneider. The official inauguration of the place of worship took place on November 26th, 1786.

The Calvinist Reformed Church was built in a baroque style, being a sober monument, with a narrow façade on the West side, over which a bell-tower raises. The tower is slim, square shaped, with windows towards all four cardinal points and over each of them there is a clock. The tower has a pyramidal shaped six-ridge roof. The entry gate is simple and it has a stone rectangular framework with a labelled panel and a triangular pediment.

On the inside, the church is shaped like a hall with apsis, with a semi-circle arch. Towards the shrine there is pulpit with baldachin decorated with gilded motifs and roses festoons. In the Western side of the church there is an organ placed on a tribune supported by massive columns.

Next to the church there is the Reformed Parochial House. The building has one story and the middle of the façade from the ground floor is cut through by a gangway that connects Mitropoliei Street with Xenopol Street. The house is estimated to have been built in the 15th century but it was rehabilitated during 1784-1786, when it was bought by the reformed community.

"Dintre Brazi” Church (“Between the Firs”)