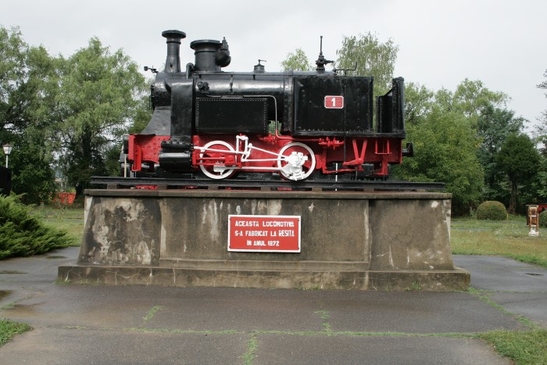 The Steam Locomotives Museum was inaugurated in Sibiu on August 23rd, 1994. The collection activity of the most valuable steam locomotives of the Romanian railway network started since 1991.

Today over 30 steam locomotives, ploughs and steam cranes that crossed the Romanian railway over one hundred years ago are made available to the public. The exhibits were built during 1885 and 1959 at Domeniilor Reşiţa Factory, 23 August Factory and Malaxa Factory of Romania, Schwartzkopff Factory, Orenstein & Koppel Factory, Borsig Factory of Berlin, Mavag Factory of Budapesta, Skoda Factory and others, including in Austria, Sweden and USA.

Two of these locomotives are functional and used on various occasions.

On December 31st, 2000, the locomotives were declared, by order to the minister of culture, treasury patrimony, being protected by the law.