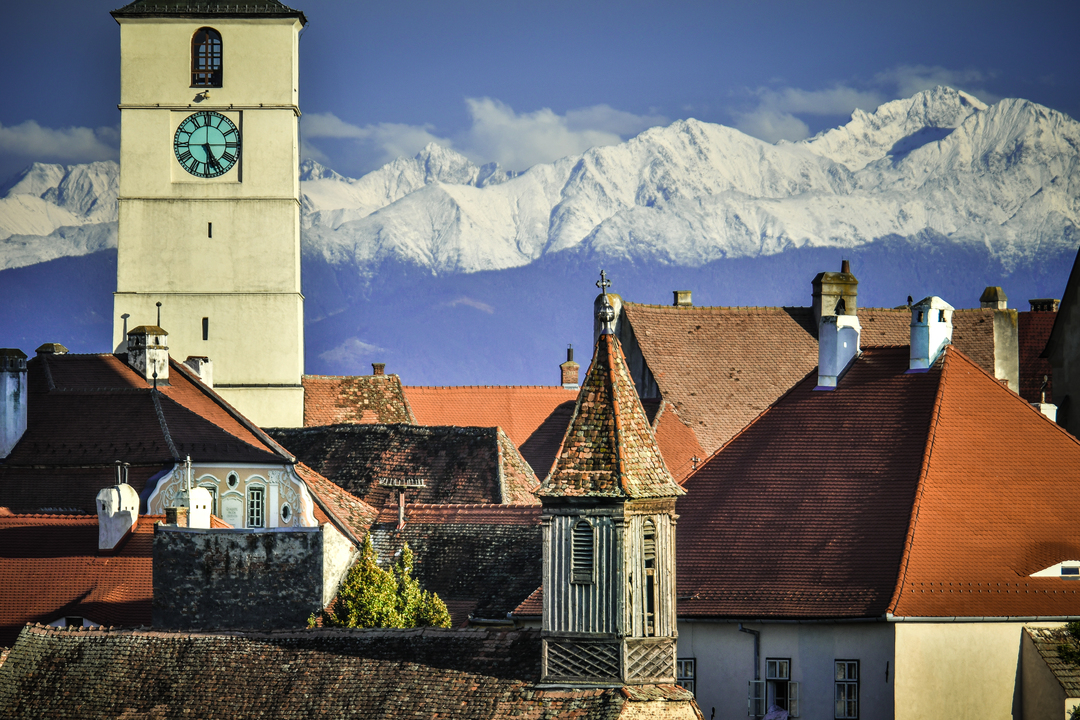 The best known monument of Sibiu, the Council Tower used to be an entry gate to the city through the second fortification belt. Its name comes from the fact that it was located nearby the City Hall of Sibiu.

The Council Tower is a building with seven stories successively phased out, having their facades marked by narrow openings shaped as ramparts. The edifice is supported by high buttresses which phase out step-by-step, on the sides towards the Large Square and the Small Square. The buttresses on the Southern side of the tower are inserted with two embossed lions, which were presumed to be part of the tower’s original structure, but which appear to be sculpted during the Renaissance (final third of the 16th century).

At the ground floor there are two ample arched passages that connect the Small and the Large Squares.

The access to the inside of the tower is done through a small sized door, located in the Small Square. From here the narrow spiral stairs lead to the upper floors. On the 4th floor there is the horologe mechanism with dials on all four sides of the tower.

Over the years, the tower was given different uses: gate tower, grain storehouse, fire tower (fire observation point), jail, natural science museum (around the mid of the 19th century). At the moment, the tower is used for various exhibitions and as belvedere point, on the superior level of the tower the visitor being able to see the entire Sibiu city and the crests of Făgăraș Mountains.